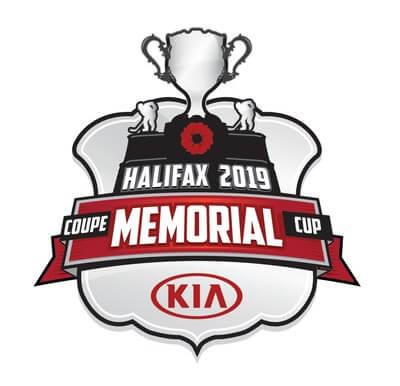 “On behalf of the Canadian Hockey League it is my pleasure to welcome Kia Canada to the CHL family,” said CHL President David Branch. “We are excited to work together to align our goals and build a strong partnership that includes creating a unique and memorable experience at our distinguished national championship. We look forward to the Memorial Cup Presented by Kia in Halifax this May, and our 2020 event in Western Canada.”

The Memorial Cup has a rich tradition that has shaped the way junior hockey is played in North America. The trophy was originally known as the OHA Memorial Cup and was donated by the Ontario Hockey Association in March, 1919, in remembrance of the many soldiers who paid the supreme sacrifice for Canada in the First Wold War. In 2010 the Memorial Cup was rededicated to the memory of all fallen Canadian Military Personnel. Last season marked the centennial celebration of the Memorial Cup where it was presented for the 100th time to the Acadie-Bathurst Titan in Regina. The 2019 Memorial Cup Presented by Kia will feature the host Halifax Mooseheads along with the champions from the WHL, OHL, and QMJHL competing May 16-26.

“At Kia, we believe in the power that sports have to bring people and communities together so, as we enter our 20th year in Canada, we are proud to be a new partner of the Canadian Hockey League – the highest junior echelon of Canada’s favourite sport,” said Michael Kopke, Director of Marketing, Kia Canada Inc. “With our industry-leading quality and advanced safety and technology features, Kia’s lineup is a great fit for the CHL and Canadian hockey families wanting to stay safe and warm on their way to the rink; and everyone at Kia will be working hard to drive our national past-time and working within communities across the country to provide more opportunities for Canadians to watch, play and love the sport of hockey.”

Kia Canada will also have the opportunity to engage with CHL fans and communities across the country as an associate partner of the CIBC Canada Russia Series and the Sherwin-Williams CHL/NHL Top Prospects Game. Throughout the regular season, they will help spotlight some of the league’s best teams with feature content and title sponsorship of the CHL’s popular weekly top-10 rankings, and then join each regional league as a playoff partner during the stretch drive towards the Memorial Cup Presented by Kia. With commitment to community top of mind, Kia Canada will also present Humanitarian of the Year awards in all three leagues and to a national recipient at the annual CHL Awards Ceremony.

Kia Canada Inc. (www.kia.ca – www.facebook.com/kiacanada), a maker of quality vehicles for the young-at-heart is a subsidiary of Kia Motors Corporation (KMC) which was founded in 1999 and sells and services high quality, class leading vehicles like the Soul, Forte, Optima and Sorento through a network of 192 dealers nationwide. Kia Canada Inc. employs 154 people in its Mississauga, Ontario headquarters and three regional offices across Canada, including a state-of-the-art facility in Montreal. Kia’s brand slogan “The Power to Surprise” represents the company’s global commitment to surprise the world by providing exciting & inspiring experiences that go beyond expectations.

For more information about Kia Canada and our products, please visit our Media Centre at KiaMedia.ca or contact: